Next Vacay has saved us hundreds of dollars in flights in the last two years and allowed us to travel more than ever. If you haven’t signed up for Next Vacay, you are missing out on flight deals from your home to pretty much anywhere in the world.

This Next Vacay review walks you through how Next Vacay works as well as the deals we have found and booked on Next Vacay. It is simple and easy to use. All you need to do is check your email and then book the flight like you normally would!

I first found out about Next Vacay through a blog post I saw on an Instagram story. I read the post and thought for sure it was too good to be true. After reading a few Next Vacay reviews, we decided to give it a try since it was only $25 for a year with a money-back guarantee. Now it is one of our favorite ways to save money on travel.

***Some of the links in this post may be affiliate links. Purchasing through these links earns us a commission at no extra charge to you. This is NOT a sponsored post but a real review of our experiences with Next Vacay. We were not asked to write this post and wrote it because we love Next Vacay so much. 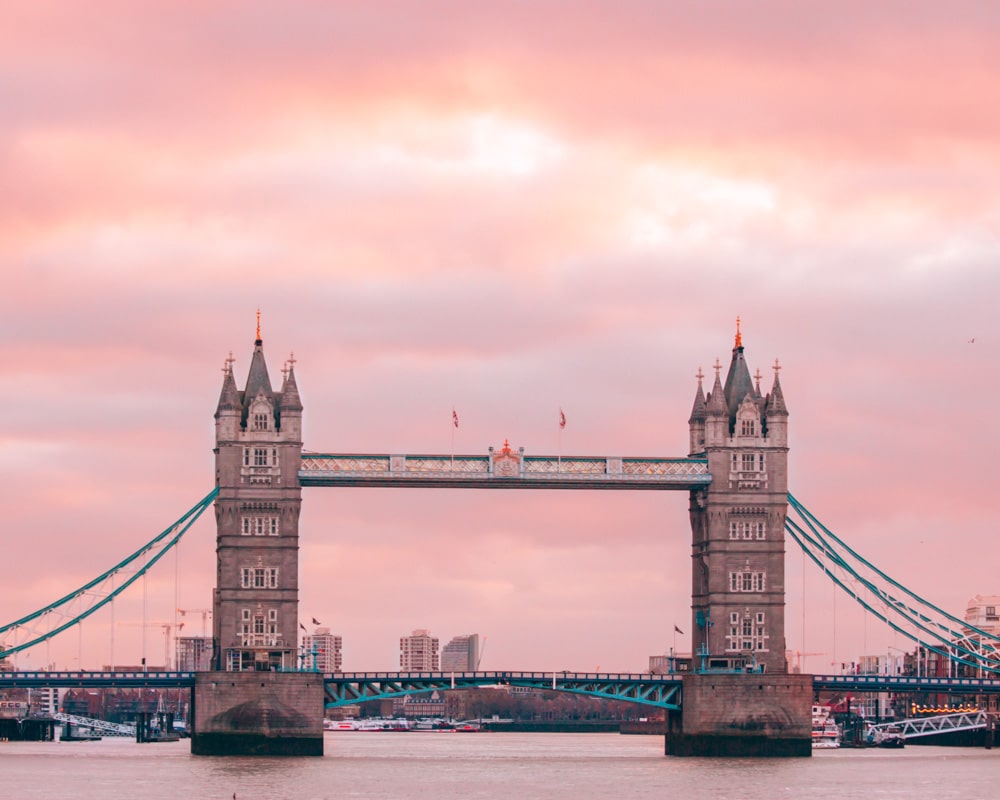 HOW NEXT VACAY WORKS

When you sign up for Next Vacay, you are signing up to receive email alerts about cheap flights from your home to the world. There is a free trial period right now, but it is only $25 a year after that. We easily made back that money in the savings on our first flight.

During registration, you enter your closest airport. Next Vacay sends you emails for flights from that airport and any other airport within about 4 hours.

For us, we live in Orlando and registered in Orlando. We receive flight deals from Orlando, Tampa, Jacksonville, Fort Lauderdale and Miami. Sometimes it is worth the drive to save a few hundred dollars a ticket. In fact, we saved $600 on one flight by driving 3 hours each way to Ft. Lauderdale. 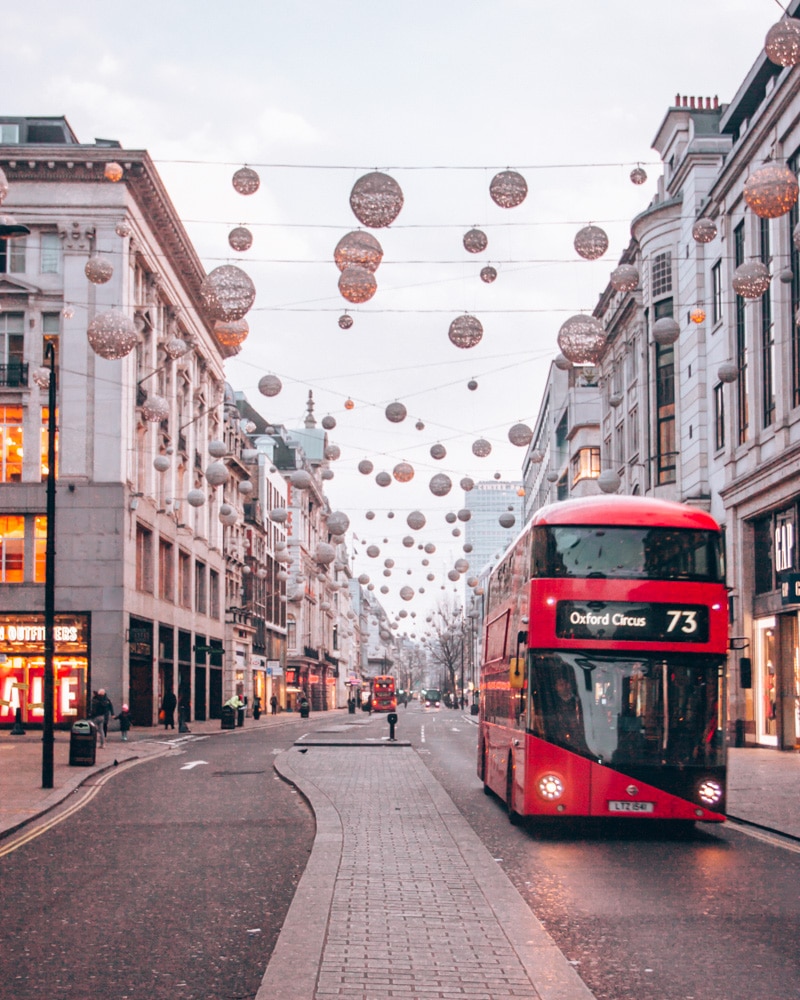 With flights to London for $450 round trip from Florida, we got to go check out London at Christmas

Next Vacay searches Google Flights for flight deals. When they find a good deal, they send you an email alert. The email alert lets you know the destination, the current lowest price, and the range of dates the price is available for right now.

You typically have 24 – 48 hours to book that deal. However, Next Vacay does not control the flight prices, so they cannot always tell when a price will jump. Because of this, they recommend buying within a day or two of getting the email. We have waited a few weeks and been able to get the same deal, but do not count on it.

The flight deals are for a range of times, usually spanning a few months. It helps to have flexible dates when booking flights as the deal is not available every day of that time period. You can often find that deal for multiple sets of days throughout the time period though.

Once you get an email with a deal you like, click on the link in the email. That takes you directly to Google Flights. Many times it automatically pulls up one of the cheapest options for you.

From there, you can choose the dates you wanted to see if it works for your dates. Google Flights will also show you how much you can save by leaving or returning on nearby dates. If your dates are flexible, you are likely to be able to find a great deal for your flights. 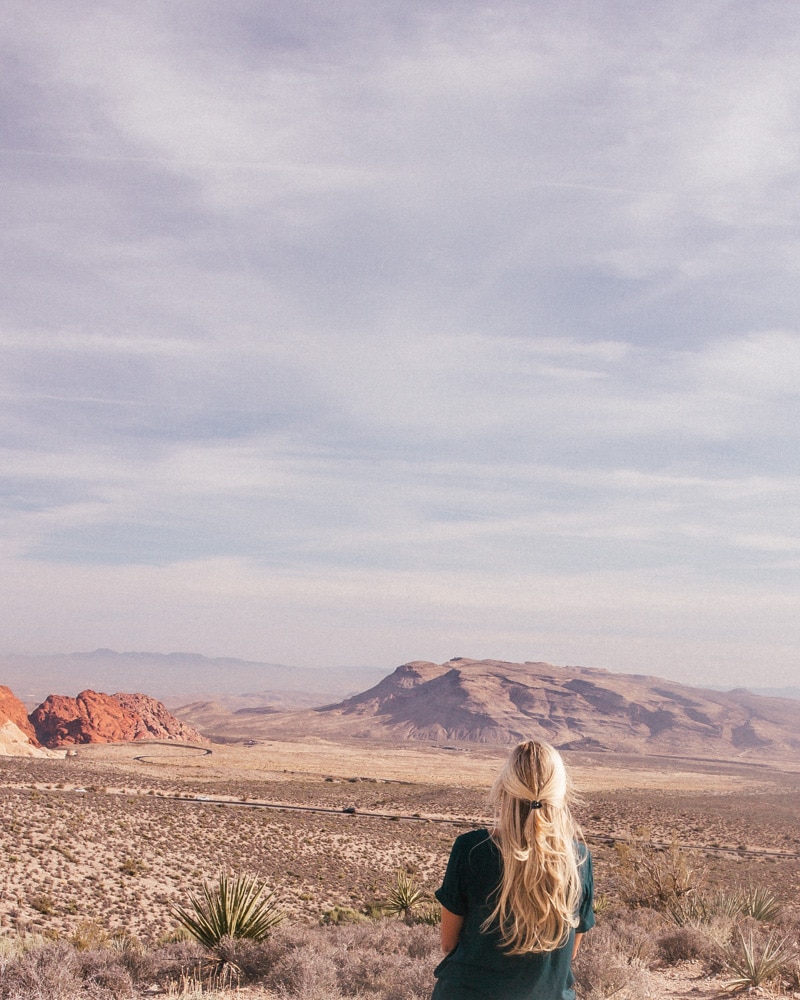 PROS & CONS OF USING NEXT VACAY

Next Vacay has been great for us. We pay $25 and get a year of great flight deals. We tend to book flights somewhat last minute, but we still find great deals just a month or so before trips with Next Vacay.

Next Vacay is not limited to flights within the US. I get emails for flight deals to Europe, South America, Asia, Australia, and Africa. There are also flight deals within the USA which makes it great for us to travel close to home too.

If you do not have a home base and are more of a full-time traveler, Next Vacay may not be as useful to you. Because you need to put in a set airport, it only sends you deals from that airport or nearby airports. If you are hardly ever home to use that airport, it is probably not a great fit.

Our travel tends to be flexible. We usually have a wide range of dates we can travel. Even teaching full-time, I could often move a trip a day or two if needed to save money. The more flexible your travel plans, the better Next Vacay does at finding you deals.

If there are no deals to your specific destination, sometimes flying to a nearby large hub helps you find a better rate. For example, we have flown to London to get to another stop because the flight deals for London made it so much cheaper. Then we booked a second flight from London to Belgium.

Next Vacay is a little harder to use if you have set dates and a set destination. It worked out for us when I had to be in Las Vegas for certain dates. Other times it has not worked out. No deals came in for the place we needed and the specific dates we needed, even if we moved it a day or two.

Because flight prices change quickly, Next Vacay also works best if you are able to book pretty quickly. This can be difficult if you have to ask for days off at work and don’t hear back right away. Sometimes the deals last a few weeks or even a month though, so it still might work out for you.

A REVIEW OF OUR NEXT VACAY FLIGHT DEALS

In November of 2017 we took our first trip booked through Next Vacay. I ran the Rock n’ Roll Las Vegas Half Marathon, and we needed a flight from Orlando to Las Vegas. Flights ran around $350 at the time. We decided to wait and see.

Because we had set dates we needed to be in Las Vegas, we knew we may not get a flight deal from Next Vacay. When a deal for $100 round trip flights from Fort Lauderdale arrived in my email, we booked it. Fort Lauderdale is about 3 hours from home, but we saved about $250 per person on the flight. 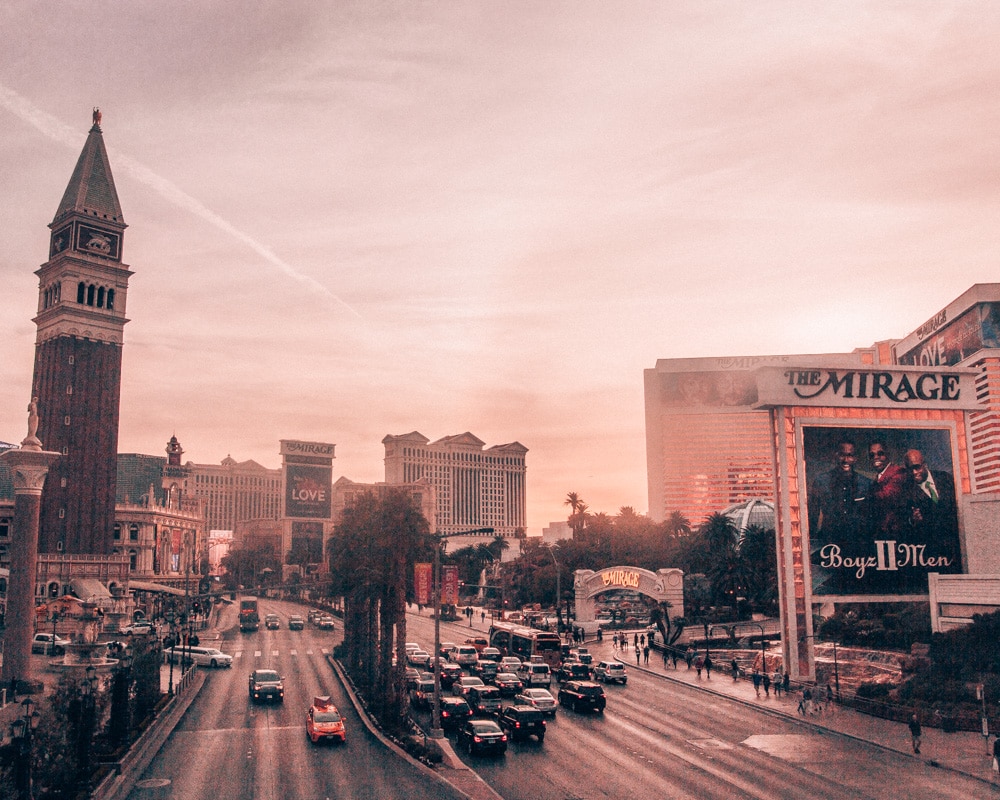 Later in the year, we booked our first international flight through Next Vacay. My brother-in-law and his family lived in Belgium for two years, and we knew we wanted to visit them.

We hoped to be able to go at Christmas, but all the flights we saw to anywhere in Europe started at about $800 a person. An email came in for a $450 flight to London, and we decided to book it. We flew Norwegian Air and booked through the Norwegian version of the site, saving another $40 a ticket.

While in Europe on this trip, we also traveled to Scotland, and Belgium. We even spent New Year’s Eve in Paris! Thanks to the cheap flight to London and cheap transportation within Europe, we managed to visit family and do some sightseeing. 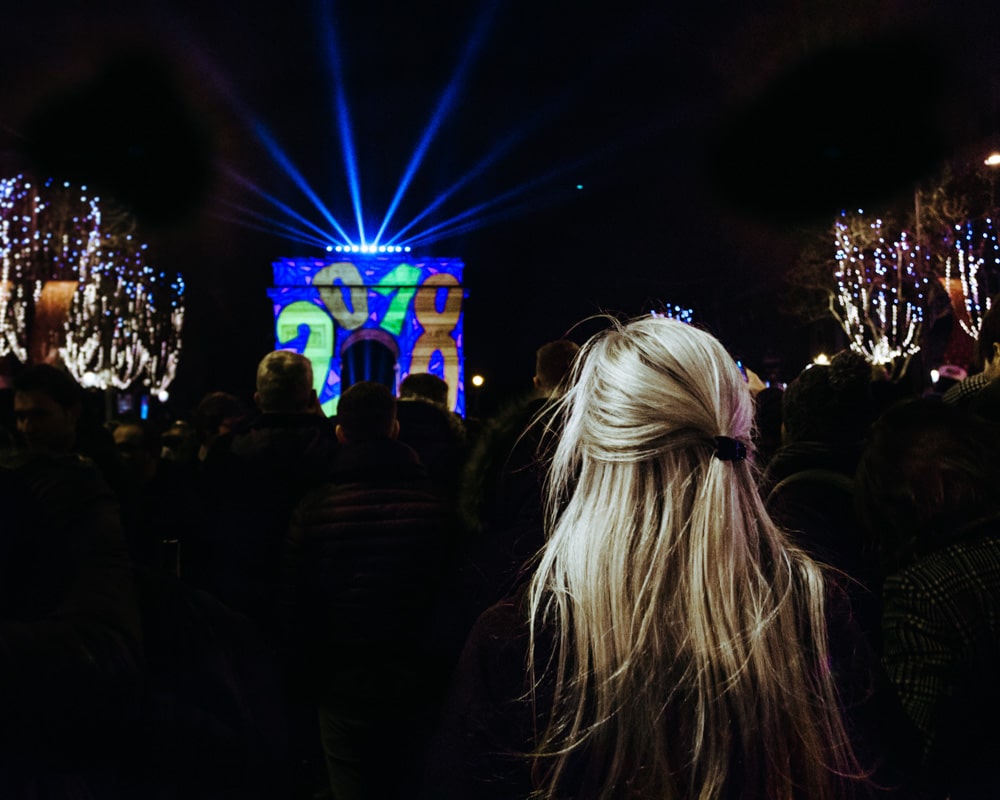 In May of 2018, we booked a third flight, this time to Los Angeles to visit my cousin and her husband and my husband’s aunt and cousin. We hadn’t planned on taking this trip, but we found a flight for $175 and couldn’t resist. Flights to LA are usually anywhere from $300 – $400 round trip.

We used them again to go to Los Angeles for the about same price in March of 2019. We again visited family and took a road trip to Death Valley National Park, Joshua Tree National Park, and San Francisco. 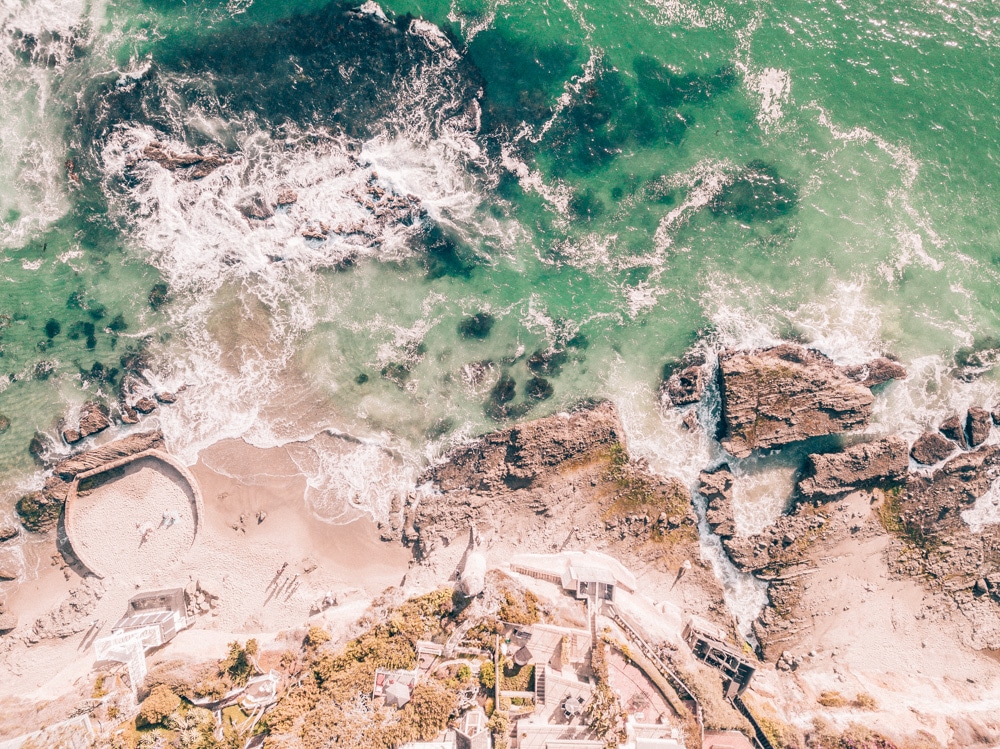 We also took a sponsored trip to Europe with Next Vacay in November of 2018. This let us spend Thanksgiving with my husband’s brother and his family in Barcelona. We wanted to visit them one more time before they came home, so we used my Thanksgiving Break at school to go back to Europe.

Our flights were $550 round trip into Barcelona from Florida. We also booked a cheap flight to visit Portugal once we bought the tickets for Barcelona. Flying directly to Portugal from Florida usually costs more, so using Barcelona as a hub saved us money on Portugal too. 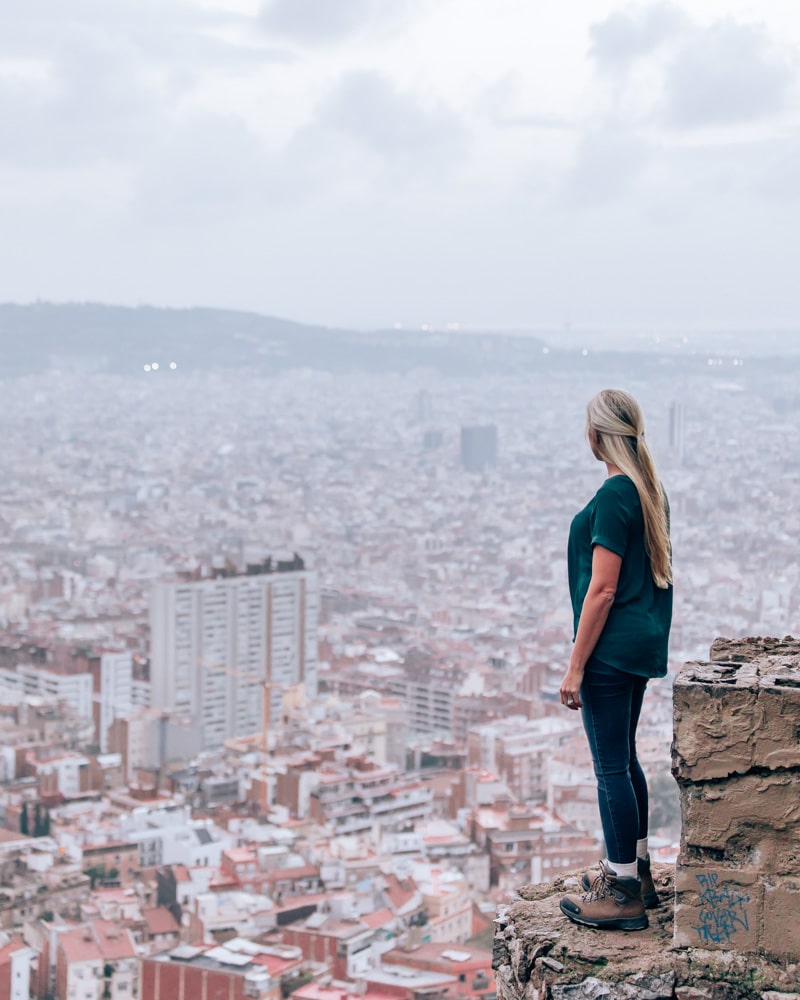 EXAMPLES OF FLIGHT DEALS ON NEXT VACAY

To show the variety of flight deals available on Next Vacay, I want you to see some of the deals I have received. I typically receive anywhere from 5 – 10 emails a week with flight deals. Here are just a few of the deals from this year:

I have also seen deals to Tokyo for $600, to Toronto for $275, to Chicago for $100. Sometimes the deal is actually a little better than advertised. For example, when I looked into the Orlando to Paris for $400 deal, I found flights in those date ranges for as little as $376.

Want to go to Australia? Book the deal to Beijing and catch a cheap flight to Sydney to save hundreds on the cost of booking straight into Australia. The deal I checked out on this saved us over $600 a person compared to normal flights from Florida to Australia. We didn’t take the trip, but we might next time! 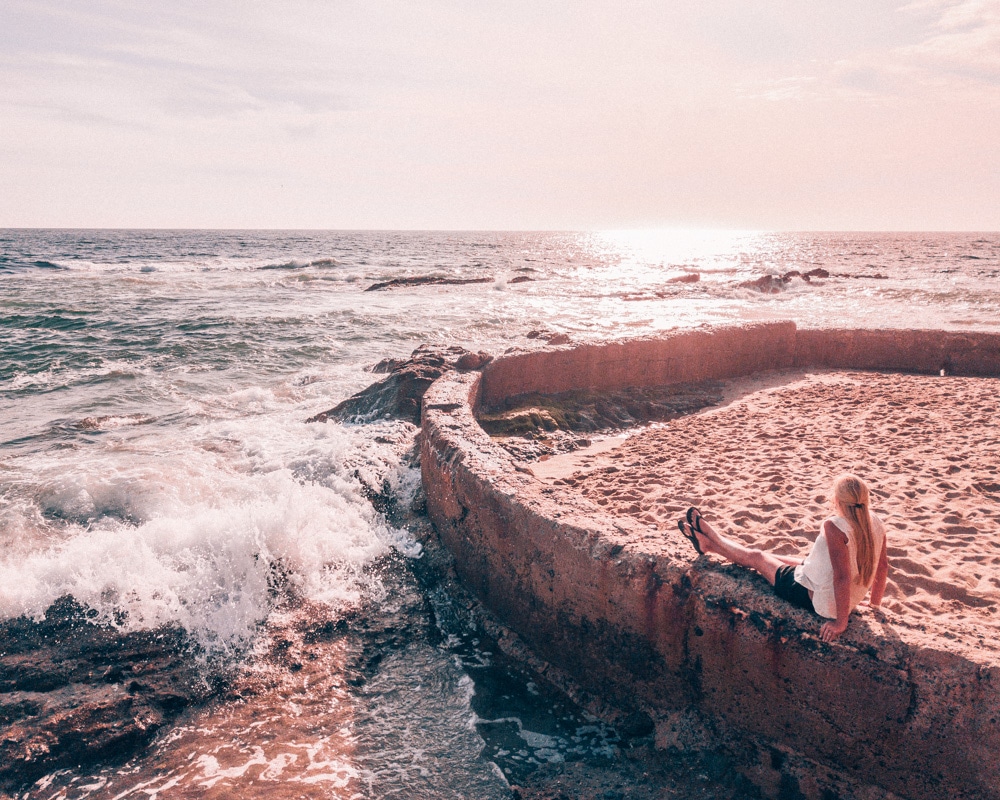 After reading this Next Vacay review, what are you waiting for? Head over to Next Vacay and sign up now to start saving money on flights!

***All photos edited with presets that can be purchased here. 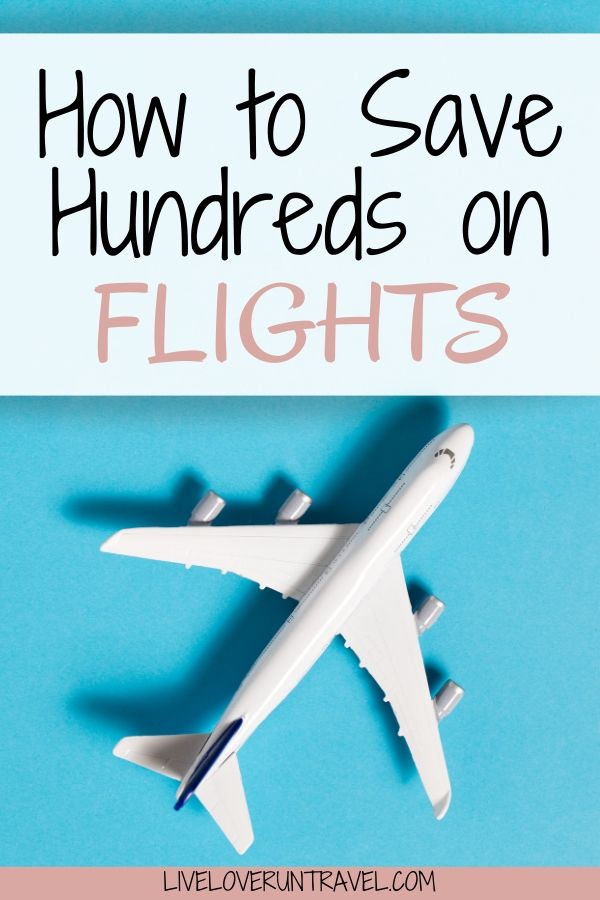 This site uses Akismet to reduce spam. Learn how your comment data is processed.

I've never heard about Next Vacay before, will definitely check it out! What an interesting concept!

I love it - it really has helped us find some great travel deals!

We love it! Hope you find some amazing deals for 2020!

I will have to check this out, sounds like a great tool! I always love saving money-and love the idea of just going when the price is right! Adds a little more adventure!

Thank you! We really enjoy it, and it has allowed us to travel to places we didn't think we would be able to because of high flight prices.

Just love this! I usually plan my trips months ahead based on the flight prices I would find but this is so fun to travel more spontaneously! Definitely will check New Vacay for next year :)

Thank you! Next Vacay has helped us travel to places that we previously thought might be too expensive because of the usual flight prices. Plus, it's kind of fun to travel based on where you find the best deal. Hope you find some great travel deals for 2020!

This site uses Akismet to reduce spam. Learn how your comment data is processed. 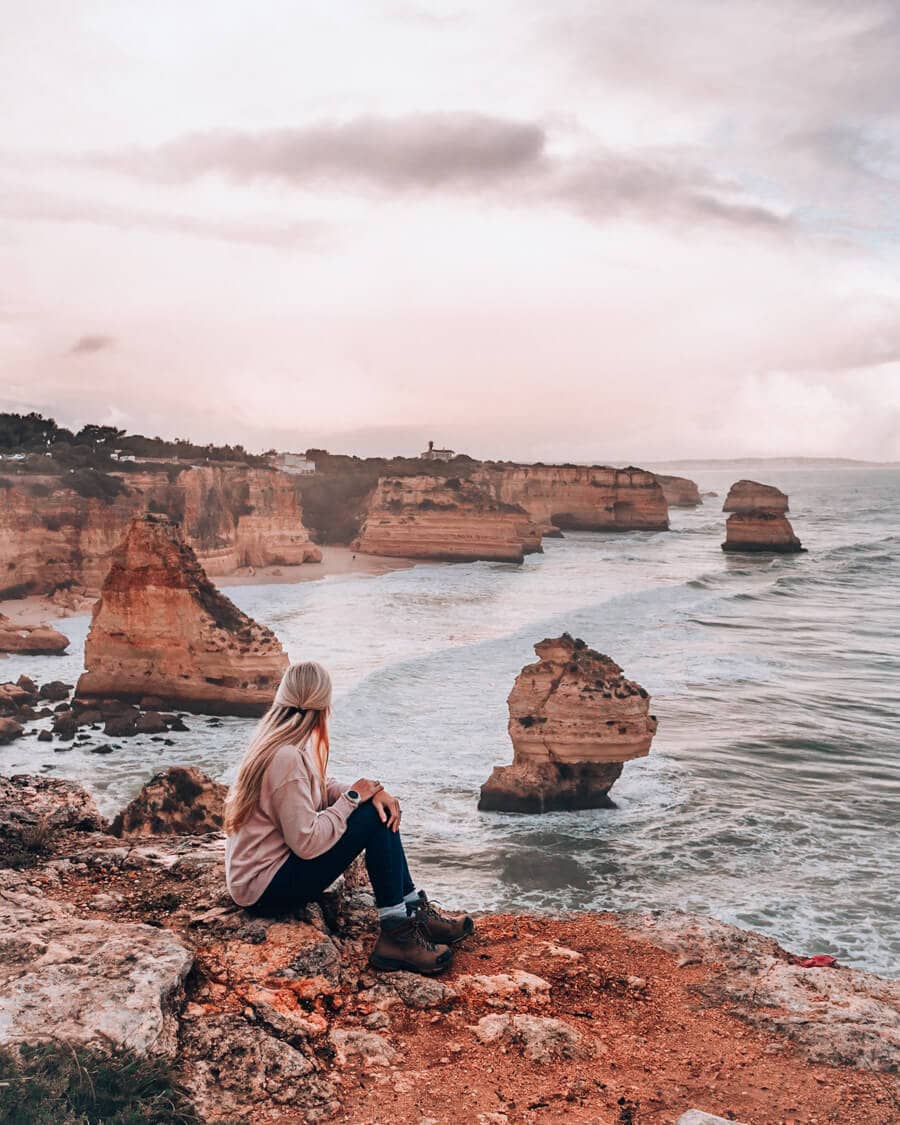 Taught a love of travel at a young age, I married my husband in 2010. Since then, we have been traveling every chance we get. We are at 45 and counting on six continents.